Mirrored furniture and mirrors themselves were captivating long before Alice made mirrors a thing of wonder for children everywhere. With their ability to show us our selves, and the world around us in reverse, few things are receive as much consistent attention as our mirrors. Before the advent of the first rudimentary mirrors however, the only person you actually couldn’t see was yourself.

Stagnant water in pools found in nature, homes and public places acted presumably as the first consistent means of establishing one’s own appearance. Vanity however is a powerful force for innovation and according to vision researcher Dr. Jay Enoch, in a review published circa. 2006 in the journal Optometry and Vision Science, the first man-made mirrors were developed around 6,000 B.C. in what is now Turkey. These early efforts were made from polished volcanic glass and served their purpose as the next step in human reflective potential.

Later, the advanced cultures of the ancient world, such as Egypt and Mesopotamia, tried their luck with hand-held mirrors made of the metal of choice in the Bronze Age: copper. These polished-metal mirrors were the superior form of reflection until the 3rd century A.D. when glass was first becoming popular. Successive generations and cultures added to the development of mirror-making until the 15th century Venetians.

These artisans from the isle of Murano developed and mastered their own techniques and began combining their superior mirrors with decorative frames to create veritable works of reflective art. The Venetian mirror was an object of such quality that to protect the secrets of its creation, Venetian guildsmen were sworn to secrecy regarding the manufacturing process under penalty of death. 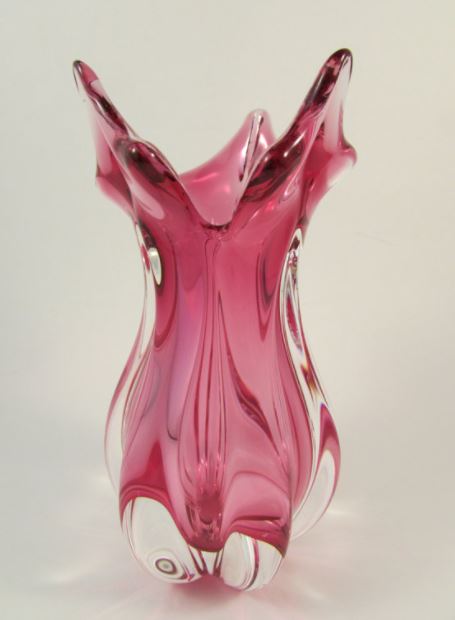 As manufacturing techniques further developed and became more accessible, the mirror increasingly became an ubiquitous household item. In 17th century European mirrored furniture evolved from ornate boxes with small mirrors inside to the modern vanities of today. Commissioned originally as custom-made furniture for the well-to-do, these opulent pieces were developed by craftsmen and furniture-makers to meet the high expectations of European high-society figures. The Vandercruse Mechanical Table is an excellent example of mirrored furniture from this period and is an archetype for the pieces that would follow. Various compartments and sliding mechanisms in this piece allow the mirror to be put away or brought out in accordance with the user’s needs at the moment. It is believed that the Vandercruse table was developed for Madame de Pompadour, however the innovation it represented is found in many modern mass-produced pieces. 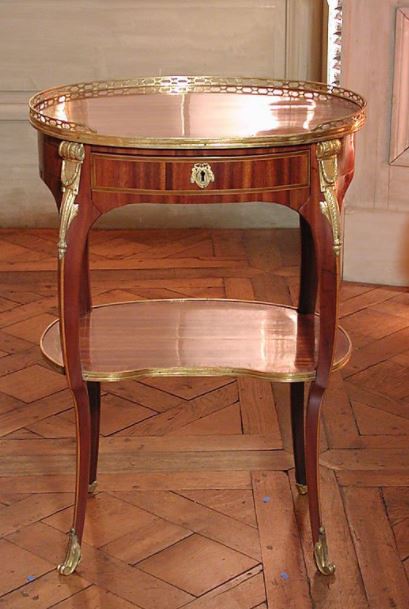 The trends of Europe however did not lend themselves to the more austere and straightforward furniture trends of the day in America. The Chippendale style was the American standard until the 1800’s when the trend became a combination of the old and the new in the form of Elizabethan, Gothic, Colonial, and Renaissance revival pieces. It was not until the advent of motion pictures in the early 1900’s however, that mirrored furniture, such as vanities, became synonymous with sophistication and opulence.

So many grand scenes in the days of Early Hollywood found a tragic heroine or villainous seductress sitting in front of a piece of mirrored furniture exploring herself or explaining her methods while her glamour was reflected in the glass and seen by the world. Mirrors became an icon of dramatic scenes where stars would deliver heart-felt lines while staring into their own eyes or away from the eyes of those they were devastated by or were in the process of devastating. Truly, the 1920’s and 30’s trend of showing the lives of the affluent in luxury penthouses would not have been complete without a piece of mirrored furniture for the star to use to bask in her own beauty.

This trend didn’t end with old Hollywood however. Many modern iconic scenes of cinema take place before a piece of furniture with a reflective surface. From Taxi Driver’s oft-repeated line inquiring who his reflection is speaking to, to Raging Bull’s final scene, to Boogie Night’s final lewd imitation of that Raging Bull scene, to Steve Martin seeing himself as Lilly Tomlin in All of Me, mirrored furniture is an undeniable part of film history.

Not just film history though, throughout human history we’ve always had an interest in looking our best and utilizing the finest tools available to make sure that is the case. From obsidian, to Venetians, to aristocrats, to movie stars, mirrors and mirrored furniture have been around to help us achieve that and they show no sign of losing popularity. 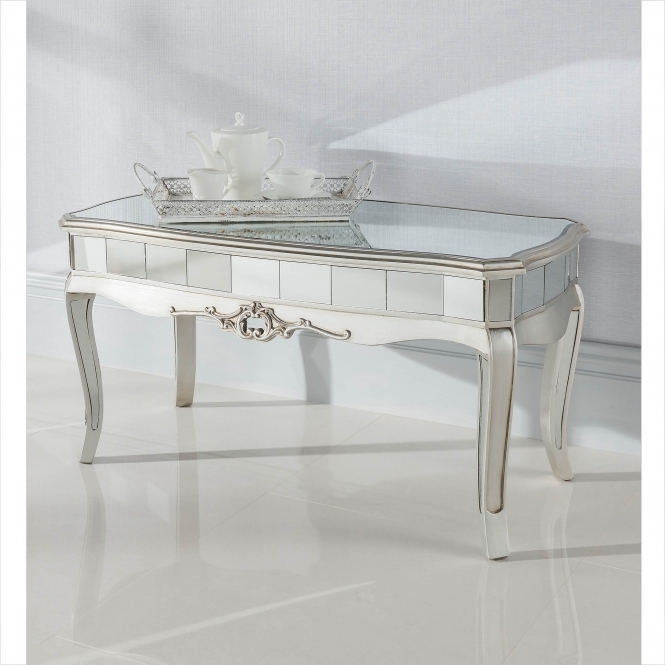 This will make you want to buy mirrored furniture

The Directors selection from our Romano Mirrored Furniture Range